The Interpretation Centre for Portuguese Design (CIDES.PT) aims to research, develop and evaluate new approaches to the history, museology and museography of Design, focusing, as a case study, on Portuguese Design.

It emerged from various research initiatives in these domains, nurtured and developed since the late 1990s by a group of Design researchers from the University of Aveiro, focusing on the Portuguese case (as can be observed in book 1 of the published collection – Precedents: genealogy of design’s museology at the University of Aveiro). This interest was justified by the extensive heritage of communication artefacts, equipment, products and environments made in Portugal, which were dispersed throughout the country and ran the risk of disappearing into forgotten anonymity. These objects should constitute motives for a greater self-esteem relating to Portuguese design and production, as well as arguments to improve its image internationally.

The apparent public lack of interest in Portuguese Design, the incorrect usage of the concept ‘design’ and especially the lack of interest in its culture on the part of Industry and the State can have devastating consequences for the international affirmation of its identity and are an impediment to its future. Portugal and Portuguese products are rarely associated with other characteristics beyond low price and low technology, subcontracting and lack of competitiveness. The recent international success of the Portuguese shoe industry, attributed to the incorporation of design in the production companies, positively demonstrates the impact of this change of perspective.
To generalize and deepen a reversal of this state of affairs – reappraising products we grew up with in the past, making the methodological experience of their creation available, promoting creative spirit and making new artefacts, devices, and services suitable for contemporary needs - was sufficient reason for the creation of CIDES.PT, whose results could also be relevant at an international level.

PRESUPPOSITIONS OF THE PROJECT
An evaluation of Portuguese material culture requires an operative vision based on Design, which allows recognition of its excellent manifestations and of the processes that grant its uniqueness.
Moreover, despite the growing number of studies published in this field, the recognition of Portuguese design and its history continues to justify an essential investment, promoting its divulgation and accreditation amongst specialists and non-specialists, both inside and outside national borders.
In this sense, the construction of interactive narratives based on current technological means supports the constitution of a complement to the physical collections, and at the same time enables a socially shared critical debate.

FROM PRESUPPOSITIONS TO APPROACH
In order to interpret Portuguese Design, understand it and stimulate its reinterpretation in an operative sense, it should be possible to create a holistic vision where, in addition to the historical, anthropological and ethnographical view of the objects, there is a hermeneutics centred on design: studying the morphogenesis, motivation and opportunity of the products, devices and services created by Portuguese designers and other stakeholders in the production of Portuguese material culture.
Therefore, the semantic and abductive dimensions of the artefacts should be demonstrated through, on one hand, the explanation of the decisions chain that led the project to converge in a solution, and on the other hand, the presentation of the prolific meanings both arising from their use and promoted by the market.
This is an approach that starts in the ‘object’ and goes back to the idea from which it emerged (a path we baptized ‘inverse design’, for its similarity with the concept of ‘inverse engineering’). As a side effect, it allows to keep open the possibility of recognizing identity traits in its Portuguese origin, which do justice to its long history, rich in geographical and cultural crossings. This type of approach will always have an evolutive and summative nature, which asks the use of computational technologies to capture and spread a dynamic and multi-faceted representation of artefacts, that are open to new forms of interaction (multi-tactile devices, augmented reality) and to public intervention, promoting people’s participation in the reconstruction of meanings trapped in the experiential dimension of those artefacts.

IMPLEMENTATION: THE CONVERGENCE WITH THE PROJECT “ART ON CHAIRS”
It was also fundamental for the project to secure contact with publics by producing exhibitions on Portuguese design. These exhibitions would be the best interface between people and the project, in the sense of both validating the concepts and as an informal source of correcting, or even giving new ideas, arising from suggestions and dialogue, which the team aimed to develop.

The collaboration with the project “Art on Chairs” promoted by Paredes Town Hall – which was at the time beginning to prepare the 2nd edition of this event, after the success of the 2012 edition that resulted in the RegioStars award – facilitated the combined efforts, in a virtuous way, through the effective participation of some members of the CIDES.PT team in the strategic definition of that event. The 2nd edition of “Art on Chairs” (coordinated by Dr. Susana Marques and produced by Dr. Ana Vieira and Dr. Olga Moreira from the company Setepés) focused completely on Portuguese design, particularly furniture, bringing together partners such as MUDE – Museu do Design e da Moda / Francisco Capelo Collection, Lisbon City Hall, other teaching institutions and local furniture businesses. It allowed some of the CIDES.PT’s goals to be achieved, particularly with regard to the national and international visibility of Portuguese design (exhibitions in Beijing/2014, Lisbon/2015 and Paredes/2015). Some members of the project team were responsible for curating the exhibitions and for the collaboration between Portuguese designers and local businesses. Also, and in line with suggestions from the international panel which assessed the project, it was possible to integrate the project with the dynamics of promoting Portuguese design, involving local authority, local businesses, Portuguese designers, researchers and an entity dedicated to the museology of design. The exhibition “How do we pronounce design in Portuguese?” curated by Dr. Bárbara Coutinho, director of MUDE, and designed by Architect Mariano Piçarra, was organized according to (...)three strands of interconnecting interpretations (...): the predominance of form over ornament or The Search for the Structure of Things; practical intelligence and sensitivity to materials. The Excellence of Manufacturing and Applied Arts; between the popular and the erudite. Variations on the Theme of Tradition.” (Coutinho, 2015, p. 4). It was exhibited in Beijing, Paredes and at the MUDE in Lisbon, making it one of the most far-reaching exhibitions on the history of Portuguese design, linked to furniture of recent years (21th Century). The exhibited nucleus presented in Paredes was different and smaller than the ensemble chosen for the Lisbon exhibition. In addition, the exhibition “The Experience of Being”, curated by Francisco Providência and Vasco Branco, members of the CIDES.PT team, and designed by the Designer Francisco Providência resulted in by producing exhibitions on Portuguese design. These exhibitions would be the best interface between people and the project, in the sense of both validating the concepts and as an informal source of correcting, or even giving new ideas, arising from suggestions and dialogue, which the team aimed to develop. The three-dimensional modelling of these artefacts was accompanied by the development of a prototype of an app for mobile devices, based on the technology of augmented reality, capable of recognising those objects exhibited and adding layers of relevant information in each case.
The app prototype was based on commercial software but aimed to maximise the use of free components to foresee its future independence from sources of external financing and to guarantee its continuation, even in the academic environment.

The development of this application focused on object recognition based on the image being picked up directly by the mobile device. Due to its level of sophistication and novelty, it was necessary to experiment with numerous versions to ascertain both the functional quality – less mistakes and more experience possibilities available, and the interface design and fluidity of use.
The main cycles of this process that methodologically focused on people, led to significant changes resulting from the tests carried out with the visitors to the exhibitions referred to earlier. Although the questionnaires accompanying the tests indicated the open support of the conceived proposed technology, the dialogue with the people, their suggestions and the direct perception of the difficulties of use implied revisions ranging from minor details to the concepts themselves.

CONCLUSION
Since one of the fundamental results of this project corresponds to the validation of the concepts from which it emerged, the development process has allowed some conclusions to be drawn:
1. An Interpretation Centre for Portuguese Design is only justifiable based on an open multi-faceted approach, making it a platform where different scientific competencies, empathetically interested in design, may converge either to produce new useful knowledge for Portuguese design or in an effort to effectively divulge it to different national and international publics;
2. To find what makes an artefact or authorship poetically relevant implies a process that cannot be automated ie. it does not seem possible to define a pattern which can deterministically systematize the transformation of each information-gathering step into the production of knowledge, or even from knowledge into its qualified communication;
3. The conversion to digital means of data, information and knowledge, configured in different representations, about the artefacts and their related universes, should not be a homogenising agent but, on the contrary, a tool to “augment” the design of each object, making it more visible and understandable;
4. The access to the “augmented design” of artefacts by using digital devices should complement the observation and questioning that different contact situations with these objects can stimulate. As a corollary to this point it is deductible that databases holding knowledge and representations should also aggregate information which structures the different processes of their visualisation. 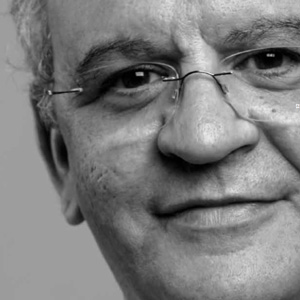