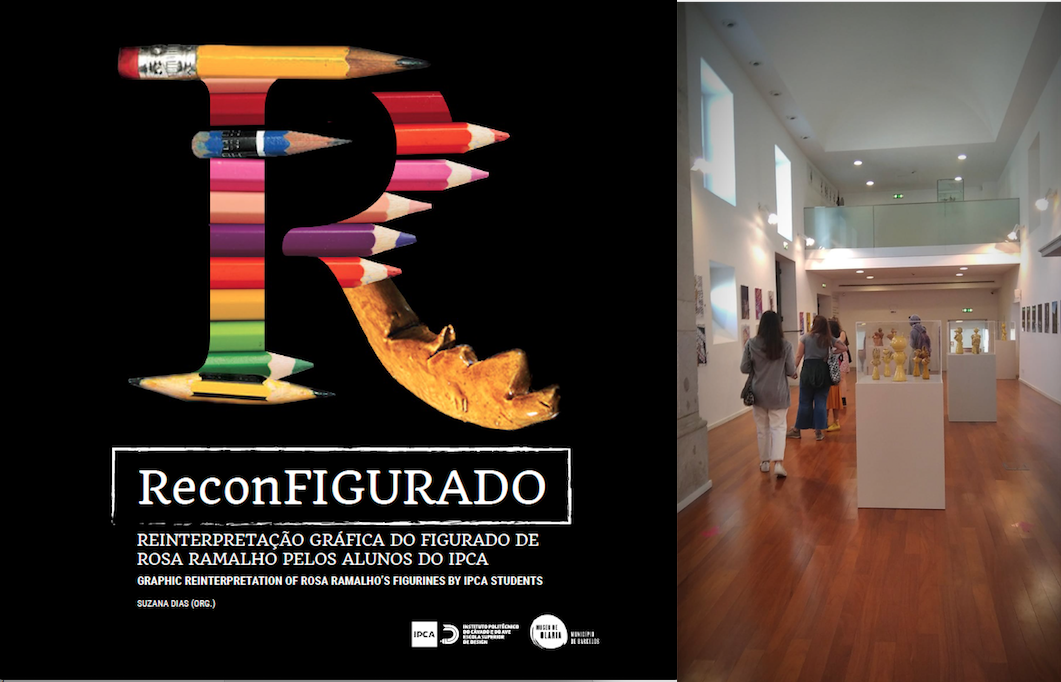 This exhibition and catalog organized by Suzana Dias, includes twenty-seven graphic works, in addition to short videos describing the creative process developed by the authors – students of the 2nd year of the Graphic Design Course at ESD – Escola Superior de Design – from IPCA .
The collaboration with the Barcelos Pottery Museum of Barcelos was established through the discipline of Color and Visual Perception during the academic year 2019-20.
This project was presented to the FCT committee during de ID+ Scientific Evaluation process, in 2019 meeting, within the scope of the THEME Research Group - Theory and Memory, and emerged from a research on collaborative learning in connection with the community, between Suzana Dias and Ana Baptista (currently Principal Teaching Fellow at Imperial College London).
According to the objective of the ID+ THEME group, the students reinterpreted and reconceptualized the Barcelo’s Figurines, fostering and enhancing the symbolic appreciation of the territory's identity through the recognition of its traditional values and creative practices.
The Exhibition - opened in December 2020 - will remain open to the public until April 30, 2021 at the Pottery Museum (Museu de Olaria de Barcelos).
The Catalog is available online.